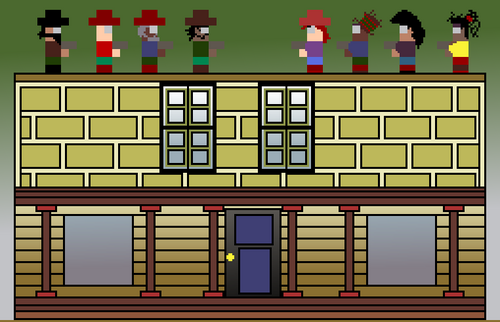 Uploaded the final version of the current 'state' of 2tinycowboys, with 3 levels (prototypes) that will serve as a basis for the new level-design that I am working on. The game will remain largely the same after this, but with much more. This can be buggy at times and should not be considered anything but a WIP version, although fully playable with 1-4 players splitscreen, eight characters to choose between, with eight different hair/beard -styles for each and all three levels are doable.