Space Jesus vs. The Intergalactic Earth-Invaders from Beyond Outer Space » Devlog
1 year ago by Lord_Santa (@Lord_Santa)
Share this post: 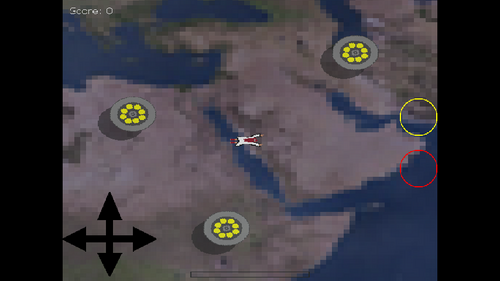 - Android Port!
- New UI/Buttons for Android phones
- Rewrote some fundamentals of how the game works/Does not affect gameplay
Version 55:
- Fixed the High-score -saver
- Increased the size of the 'touch' -area for turning Left/Right on Android Port
- (Finally) Added level-transition screens in Wave-mode
- Blowing up Alien Spaceships now give you 1/6th HaloBlast -boost
- (Hopefully) fixed the HaloBlast once and for all (so that it [sticks] to the player at all times)
- Satan is now destroyed by HaloBlast
- Android/Linux/Windows now on same version number (Currently v55)
Version 66:
- Due to various Google Play issues, I was forced to push through multiple update-revisions, containing absolutely no relevant changes whatsoever.
- Google Play port.
- Android/Google Play/Linux/Windows on same version (Currently v0.6.6 aka v66)

Get Space Jesus vs. The Intergalactic Earth-Invaders from Beyond Outer Space

Space Jesus vs. The Intergalactic Earth-Invaders from Beyond Outer Space